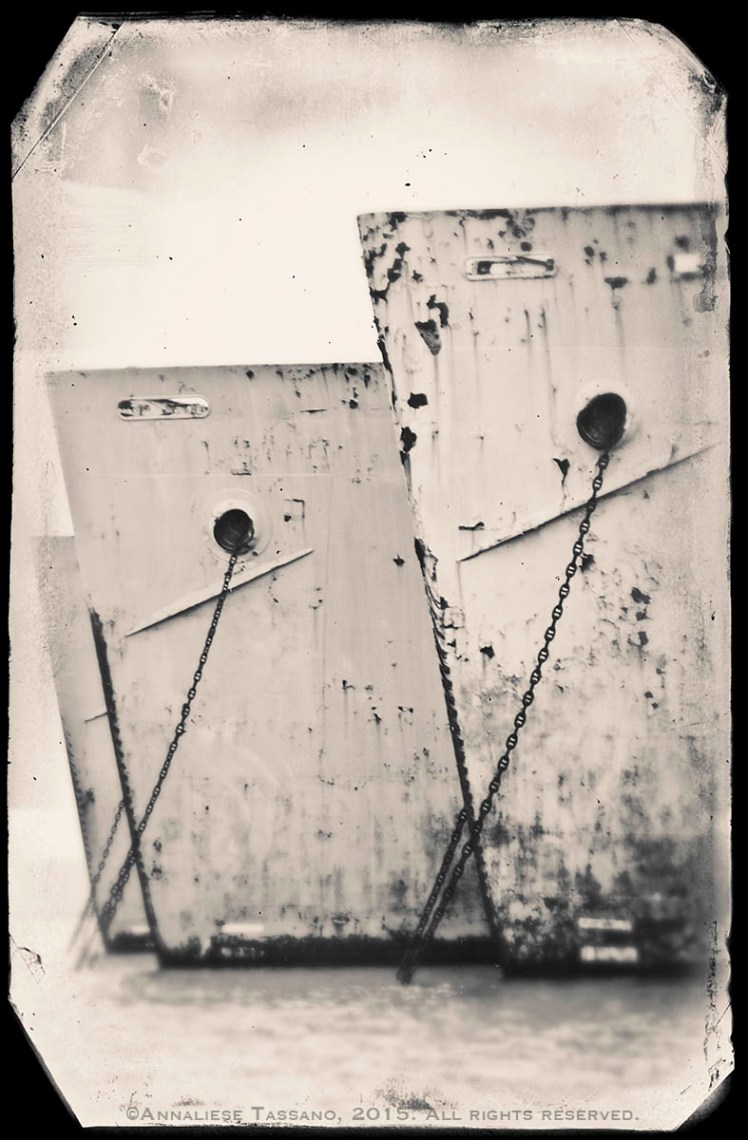 I had the great fortune to get a tour of the Suisan Bay Reserve Fleet in California a handful of years before the entire fleet was removed. The first time I had ever glimpsed the ghost fleet from land, the hackles stood up on my neck. I could not tell exactly what it was, but it was surely foreboding. I did some research and found out about the Navy’s reserve fleets, catnip to a history buff an Navy brat, like me. I never imagined that I’d get to see them up close. The last chapter of the story came when I was flying into or out of the Bay Area several years later. I saw a huge trail of mud in the bays outside the city as I drooped sleepily on my window. “Wait! They have been removing the reserbve fleet! That must be the last of it, its crown jewel, the Battleship USS Iowa being towed out!” More research. Indeed, that was it. Goodbye, ghost fleet. I’m honored to have known you, even a little bit. I wonder what happened to these, three of the many Liberty ships, which carried supplies. Many were built, and many lost, but these survived.